Nearly half of the women in their reproductive age go through a number of physical as well as emotional symptoms before their menstruation starts i.e., following the completion of ovulation. Premenstrual syndrome (PMS) symptoms and are quite variable in women. A woman can have one or more symptoms, and also mild to severe ones. While there are many natural coping mechanisms known to help women deal with PMS symptoms, many even need an effective and natural estrogen supplement to get relief from their acute symptoms which can even last for 2 weeks.

Women need an estrogen-boosting supplement to keep off the problematic and painful PMS symptoms because they are caused by fluctuations in the estrogen hormone level during the luteal phase or second half of the menstruation cycle. Besides, there are many lifestyle factors including diets that can make the estrogen imbalance worse in a woman and augment the PMS symptoms.

PMS symptoms are widespread and vary from one person to person. While some may experience a set of symptoms for a few days, some may get persistent symptoms continuously for a week or more.  Here we have pointed out a few most common symptoms and what assured remedy can help women deal with them.

The most widely seen symptom in women is a stressed mind, anxieties, irritability, and other kinds of mood swings. There are random emotions, starting from chronic stress, tension to sadness and depression which a woman can experience in the premenstrual phase. The mood variations are hard to predict. So the closed-ones of a woman can get her erratic behavior if they lack a serious level of understanding. This PMS symptom often takes a toll on the work and relationships of a woman.

Health experts claimed that a sudden increase in the production of cortisol, which is the stress hormone is the reason for mental distresses. A supplement having Ashwagandha or other useful herb is required to counter the stress problem and mood fluctuations.

Headaches, from mild to serious can cause in women while they appear towards menstruation. This is mainly because of the steep drop in the estrogen hormone level. Also, consistent stress and anxieties which are other PMS symptoms can lead to headaches.

Herbs such as Tulsi which improve consciousness and improve mental clarity are important for getting relief from headaches. As an estrogen supplement contains such herbal ingredients, it is a much-needed remedy for headaches specifically called menstrual migraine.

The rising level of progesterone which is a type of estrogen during the pre-menstrual phase results in irregular bowel movements. This leads to constipation. As the body releases the excess of hormones through bowels, constipation happens when much of the hormones reabsorbed by the body.

Women are hence advised by experts to keep their bowel movements proper during the premenstrual period with natural remedies like eating a lot of fiber, drinking plenty of water, having fibrous fruits, and exercising once a day. 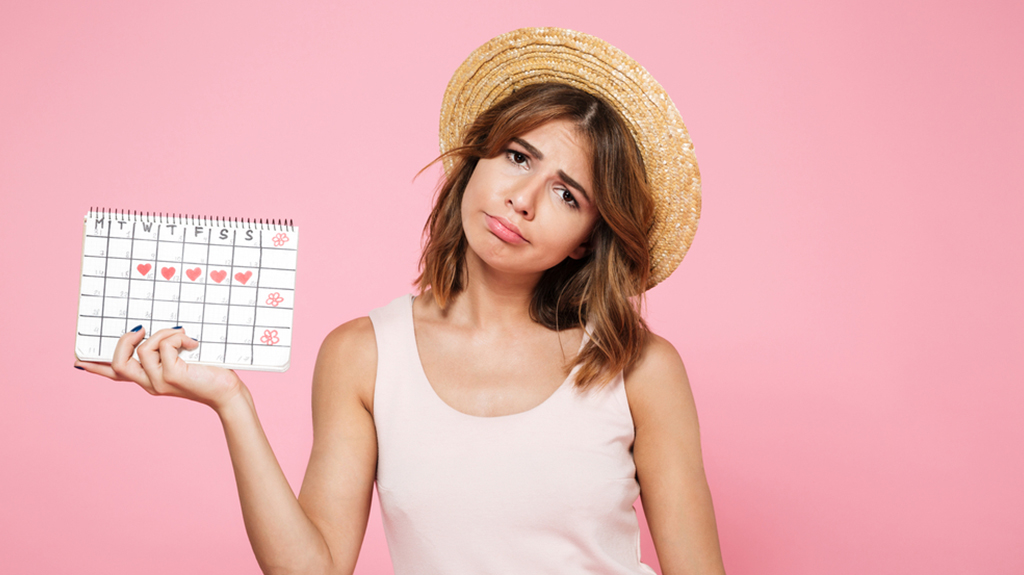 Many women experience painful skin breakout before menstruation starts and that is a normal PMS symptom due to response to the fluctuating estrogen levels.  Health experts observed that breakouts are seen mostly in women whose estrogen level has fallen considerably, while androgen level has risen.

Cortisol or stress hormone secretion, which too increases during the premenstrual period, is another reason for skin breakout.  It causes the sebaceous glands, present underneath the hair follicles in the skin to produce higher oil. This blocks the pores in the skin, resulting in skin breakouts. Drinking lots of water and fruits, avoiding dirt or touching of skin. Frequent washing of the body, help effectively in preventing skin breakouts.

Exhaustion or feeling tired is a common symptom of PMS. It results in irregularities in the daily schedule of a woman. It causes havoc in their work life and family responsibilities. Sometimes tiredness can be extreme and push their limits emotionally as well as physically. They do not even feel to move an inch or talk to anyone.

Sometimes, tiredness can linger for a long time resulting in fatigue where the woman feels drowsy or sleepy all the time. Any supplement that helps ease PMS symptoms also works to reduce exhaustion.

The physical, as well as emotional sufferings that women go through during their premenstrual period, are hard to imagine. A few are lucky enough to experience none of the symptoms at all. A majority of women get mild to severe symptoms and experience them for at least 4-7 days.

The most powerful remedy of all these usual PMS symptoms is a 100% natural estrogen supplement as they are caused due to dropping or rising levels of the estrogen hormones. However, you also need to make some small changes in your diet and routine lifestyle. It is to deal with each symptom individually. Hope the recommendations provided here are helpful for you!